I  love a good movie and when given the choice between The Incredible Hulk (and I like Edward Norton and William Hurt) and The Last Legion (with the fantastical Colin Firth and Ben Kingsley), I chose to watch The Last Legion (because Colin Firth is the brooding Mr. Darcy, right?  I mean, come on!). 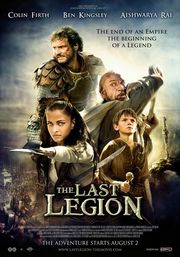 The Last Legion is basically presented as the story before the story of King Arthur and begins with Romulus, the last Caesar.  What I loved most about this story (and not being a history buff, I have no idea if it’s true) was the kick-ass heroine, Mira.  She was a killer warrior–literally–and she and Aurelius, Caesar’s protector, end up raising Romulus as their son.

Mira conquered men twice her size, attacking her in groups, with a wicked sneer on her face and an even wickeder (this appears to be a word, though it looks and sounds weird!) set of swords and knives.

Now, one of my all time favorite movies is A Knight’s Tale, but one flaw to that movie (in my 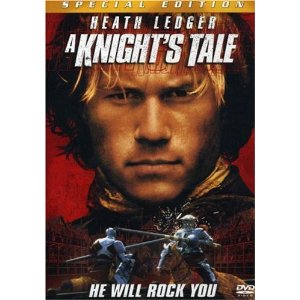 opinion) is the weak nature of the heroine, Jocelyn.  Will Thatcher, played by Heath Ledger, carries the movie, but it would have been so much stronger if Jocelyn had had some gumption, if the love affair between Will and Jocelyn had been based on something, and if we cared about her…at all.

Mira is so much stronger, and therefore a better heroine.  No, you don’t have to be kick-ass to be a heroine, but you have to have some mojo going on that makes you totally worthy of a hero like Will Thatcher or Aurelius.

The heroine of my Lola Cruz Mysteries is kick-ass (Bare Naked Lola to be released in April) and I love that about her.  She compares herself to Xena, Warrior Princess, is a PI, a black belt in kung fu, and can hold her own in any situation.  She’s got a soft side, too, which I think is equally important.  A girl has to be a girl, after all.

Strong women is something we love here at Entangled, as well.  Have you met Dez from Jus Accardo’s Touch?   Or what about the Caldwell Sisters from Lucianne Rivers trilogy?  Even Megan Snow, from Laura Kaye’s North of Need, is tough.  She’s got emotional baggage, yes, but she’s strong in her core.

Who is one of your all time favorite warrior women from a book or movie, and what do you love about her?

NaNoWriMo - What are you writing?

What should be on your to read list? Take a peek inside The Hometown Hoax by Heather Thurmeie…

For readers familiar with my Suddenly Cinderella Series—three Indulgences and one novella, all theme…