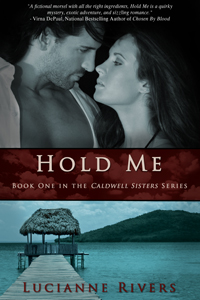 To celebrate the final installment of The Caldwell Sisters Trilogy, by Lucianne Rivers, we’ve discounted HOLD ME to $.99 for the month of October only!

Hurry, download your copy of HOLD ME today, then finish up the trilogy with THRILL ME and ENTICE ME. 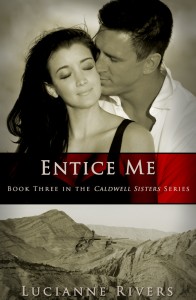 Heartsick over the untimely death of her mother, Allison Caldwell is blindsided again by the secret revealed in her mom’s will. Her supposedly dead father is alive, and she and her two sisters must find him in order to settle the Caldwell estate.

Robert Rivera, private investigator and former Navy SEAL, alerts Allison to new intel identifying her father as a P.O.W. in Afghanistan. With her sisters out of the country pursuing leads, Allison insists on heading to the war-ravaged country to find him. Robert doesn’t want his naïve client to take the risk. He knows what danger lays in that godforsaken land…he’s lived through it. Barely.

But Allison is determined to go, and Robert can’t let her travel alone. Reluctantly appreciative, Allison quickly realizes how much she needs his guidance and protection, and how deeply she longs for his love. Robert struggles to understand her effect on his battle-weary heart.

The path to Allison’s father is blocked by terrorists, traps and treachery—all demons of Robert’s past. Can he survive a second round with the enemy and keep Allison out of harm’s way? 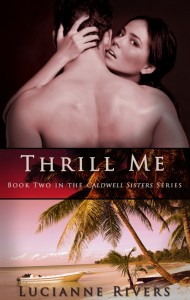 Have you ever wondered what it would be like to be cast in a reality TV show? Is it all glitz and gl…

What does Indulgence mean to you? To us, our Indulgence imprint means so many things.  The books are…