For a young girl from New Zealand, I don’t know when my love of all things Italian started. Maybe I do, on my visit trip to Italy, but I’m getting ahead of myself.

We kiwi’s have a right of passage, what we call our BIG O.E. (overseas experience). Being located at the bottom of the world sees most of us finish university and take off to explore the world.

I have to admit that while growing up in New Zealand, I’d never really thought much about Italy. I knew I wanted to go to England where my grandparents came from. I also knew I wanted to visit the Greek Islands (after watching the movie Shirley Valentine), and of course France with the south of France and Monte Carlo, and the romantic vineyards etc. but Italy?

You see I was definitely not a ‘fashionista’ (we’ll come back to that later) growing up. I was a typical tomboy. I loved riding and playing sports. I don’t think I owned a lipstick until I had finished school.

I was also not a classics student. I went down the math, accounting, and chemistry route. So I hadn’t studied art history or Greek or Roman history and stories etc. I wish I had now.

However, the minute I stepped onto Italian soil my world changed. It is still my favorite country in the world to visit, and I have traveled to every corner of the globe from Africa to Russia to Europe/UK to North America etc.

I fell in love with the history, the architecture, the weather, the scenery, the food, the wine, the clothes and their love of beauty, and of course the men. New Zealand men are ‘she’ll be right’ blokes who never show an emotion (okay a generalization) but Italian men are full of passion and to them words of love roll easily off the tongue. The Latin flare…

I was twenty-five years old when I first visited Italy. On my first night in Rome, I had the most gorgeous Italian man, who looked like a model out of GQ magazine (there are a lot of gorgeous men in Italy if you like tall, dark, and handsome), get down on bended knee by the Trevi Fountain to hand me a red rose. He spouted Italian at me asking me to marry him. Did men really do this? I was in a world I had never experienced before, and I have to say I liked it!

After my first visit (and I have been back many, many times), I could not get enough of anything Italian. I fell in love with Prada, Armani, Versace, Dolce and Gabbana etc. Brands that weren’t available in New Zealand when I was young. I’m also car mad, and if I won lotto a Porsche Carrera would be top of my list. I took to pasta and gelato like it was a drug (my hips did not thank me), and I became fascinated with the classics.

Over several visits I explored the Amalfi Coast (and Pompeii), Rome, the Coliseum, the Vatican and Hadrian’s Villa. Venice and the canals. Verona and the miniature Coliseum. Lake Como and its tunnels. Sienna for the cuteness. Milan and it’s fashion houses, and of course Florence and the leaning Tower of Pisa. But there is so much more in-between.

So, is it any wonder that I chose to set the very first contemporary romance I chose to write in my favorite place—Tuscany. My first contemporary hero is a gorgeous Italian, Conte Dante Lombardi and he is based on the man I met at the Trevi Fountain. His heroine is Abby, an English girl who was also swept off her feet by the romance of the man and his country, and then had to face the fallout.

I let my imagination run free, calling on my memories of my favorite places and Italian experiences. So when you read THE RELUCTANT WIFE you’ll see the places and experiences that made me fall in love with the country.

Don’t they say Italian is the language of love? Well Italy oozes romance. If you get the chance to visit do so, and expect to fall in love with the country. If you can’t get there, perhaps THE RELUCTANT WIFE can give you a taste and set your imagination soaring. 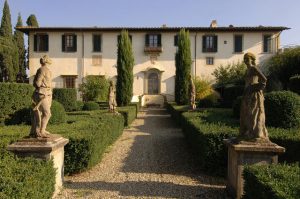 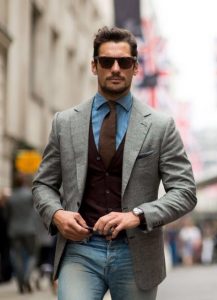 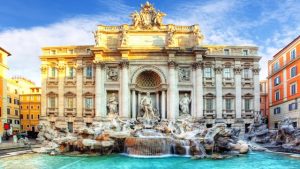 What is the one place you’d love to visit in Italy, or have visited, and why? I must admit to loving Lake Como and that was before George Clooney bought a Villa there!

Get The Reluctant Wife by Bronwen Evans for just 99¢! 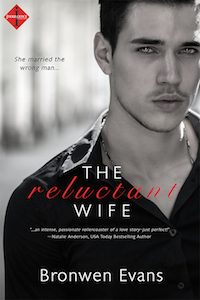 Abby Taylor walked out on her irresistible husband three years ago. Now she has no choice but to return to Italy to ask him for a favor. To pay for her grandmother’s heart operation she needs his money, but it comes with strings attached.

Conte Dante Lombardi has it all—an Italian villa, a successful family business, and a noble title. But he needs a child to carry on his legacy and time is running out. He also hopes to satisfy the desire Abby rouses in him.

As Abby uncovers why he’s in such a hurry for a child, she falls in love with him again … just as she realizes it might be impossible to keep her end of the deal. 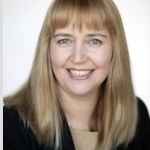 USA Today Bestselling author, Bronwen Evans (Bron), loves story-telling – gobbling up movies, reading books and attending the theater. Her head is always filled with characters and stories, particularly lovers in angst. Is it any wonder she’s a proud romance writer. Bronwen attended Victoria University, Wellington, New Zealand earning a bachelor’s degree in Commerce and Administration, majoring in Marketing and Accounting. She was all set on building herself a business career (which she did along the way). But life never turns out exactly as one thinks. After working for a few years in marketing roles within New Zealand financial institutions, she left for a 6 month overseas experience in London, England. She loved England. She spent several years living in London, using it as a base to be able to work and travel from. She visited all four corners of the world. Her most interesting trips were a camel safari in the Sahara, a trip through Russia, a safari through Africa with her mother, and three months in the Mediterranean. It was while living and working in London she discovered the offices of Mills & Boon and the germ of an idea to embark on a romance writing career was born. Almost eight years later, on her return to New Zealand, encouraged by a close friend battling a life-threatening illness, Bronwen finally started down the path to publication by joining RWA, The Beau Monde, RWAustralia and RWNZ. Bronwen’s first manuscript, INVITATION TO RUIN, was completed late 2009, and was sold to Kensington Publishing early 2010, in a two book deal. Her debut novel, INVITATION TO RUIN, received a 4.5 star rating from RT Book Reviews and was nominated in the RT Reviewer’s Choice Awards – Best First Historical. Invitation to Ruin was also won the RomCon Readers Crown Best Historical 2012. Bron’s first contemporary, The Reluctant Wife, also won the RomCon Readers Crown, Best Short Contemporary 2013. Her first book in her Disgraced Lords series hit the USA Today bestsellers list and she has hit it several times since. She lives in New Zealand in sunny Hawkes Bay with her Cavoodle named Brandy.

Posted in: Author Interview, Authors Speak Out, Behind the BookTagged: Bronwen Evans
Previous

Readers are already raving about Getting Lucky Number Seven!   “I laughed until I cried, …