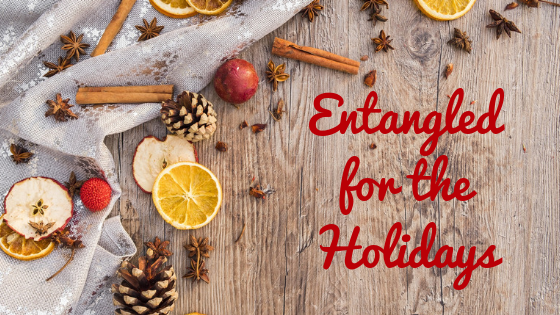 During all of December we have some great romance steals for every type of reader.  We’re excited to welcome Kira Archer sharing a Christmas bread recipe and be sure to check out The Billionaire’s Unexpected Baby on sale for just 99¢!

My mom has this recipe for rolls that I love so much I use it for pretty much any kind of bread item I’m making. Rolls, cinnamon rolls, fried bread, and Santa bread. Santa bread is a kind of newish Christmas tradition that I’ve been doing for a few years. I came across the recipe a few years ago and it was so adorable I had to try it. Only with my mom’s bread recipe. Because it’s so yummy I’m slightly obsessed LOL

Anyhow, the basic gist is that you take some bread dough and shape it like a big Santa face. It’s supposed to end up looking like this: 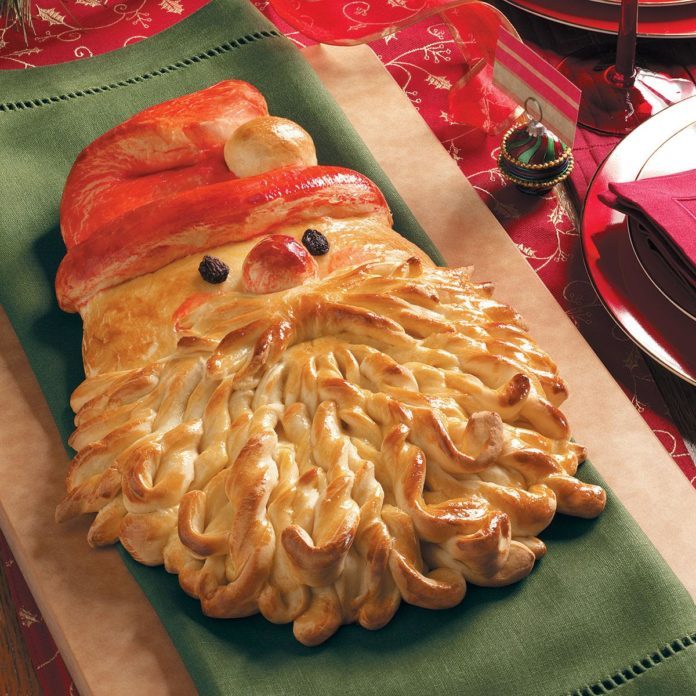 I’ll show you my “nailed it” version at the end 😉 But first, the bread recipe!

Mix in a mixer in the order listed (I usually let the water and yeast mingle for a few mins first). You can knead it or let the mixer do it for you until the dough forms a nice ball. Let rise until double. Then, you start making your Santa face.

Punch the dough down and divide it into two portions, one a little bigger than the other.

Take the large piece and shape it into an elongated rounded triangle. This makes Santa’s face and hat.

Take the smaller piece and divide it in two. Flatten one piece to make Santa’s beard. Lay it on his face and use scissors or a pizza cutter to divide it into strips (be sure to leave about an inch at the top to keep them all connected). Twist the sections to look like curls.

The rest of the dough is for Santa’s mustache, nose, brim of the hat, and pom-pom for the hat. For the mustache, flatten and cut each side into 3 or 4 strips, similar to the beard, leaving an inch or so between the left and right sides. Position above the beard and add a small ball of dough for his nose.

For the hat – fold the tip of the hat over and add the pom-pom at the end of the tip. Roll out a hat brim and add it under the hat.

The original recipe calls for raisins for eyes, but no one in my family likes raisins so we always use chocolate chips.

To color the bread, take two small bowls and beat an egg yolk in each one. Add red food coloring to one bowl. Use a pastry brush to paint Santa’s hat, nose, and two spots of color on each cheek. Brush the plain egg yolk over the remaining bread.

Loosely cover with foil and bake in a 350 degree over for about 15 mins. Then uncover and back 10-15 minutes more until golden brown. 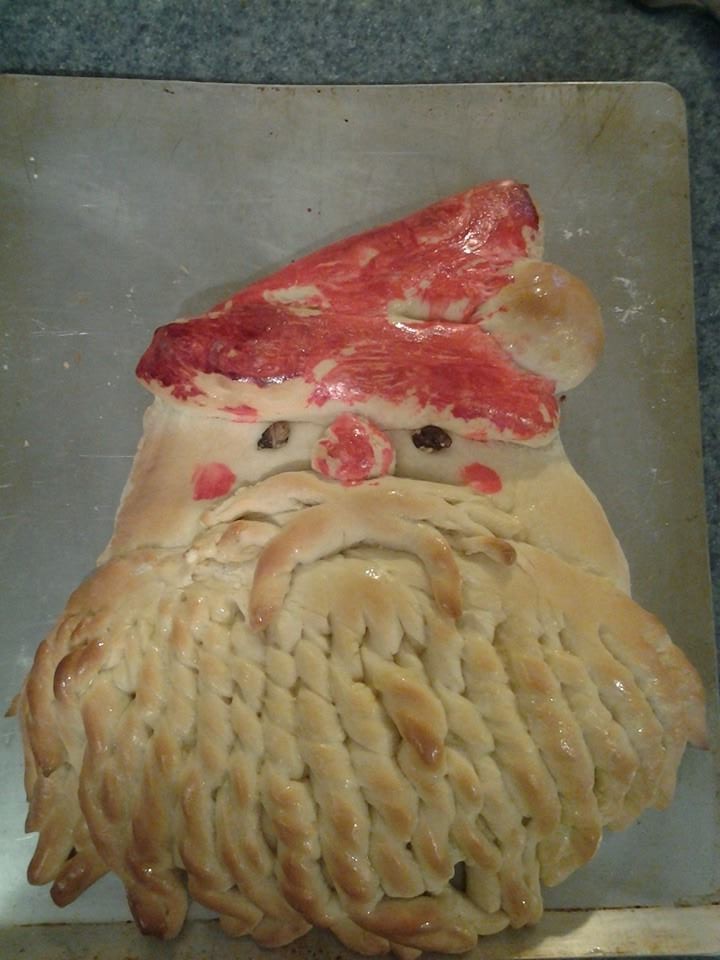 Either way, it tastes amazing!

The original recipe and directions were found on the Taste of Home website. I haven’t tried the recipe on there yet, but it is pretty similar to my mom’s.

One minute, pregnant Leah Andrews is throwing up over the side of a yacht and the next, she’s married to party boy Brooks. It’s an arrangement born of sheer desperation to save her job, but now the tabloids are all over them, their friends are running a pool betting on whether they’ll actually stay married until Baby Day, and worst of all, she and her new husband might just be falling for one another. But they belong in opposite worlds. It’ll never work.

Billionaire app developer Brooks Larson lives his life on the light side. Until he tries to play hero and claims to be Leah’s husband. Now he’s up to his ears in Lamaze classes, baby powder…and unexpected marital bliss. But he’d make a rotten husband and horrible father. Leah and the baby deserve so much better. Add in major baby daddy drama and the whole situation is the worst idea EVER. But sometimes those bad ideas might just be the best ones…

5 Holiday Things We Don’t Do In Australia

Why do you make things so difficult for yourself? People ask you that like it’s a bad thing. But rea…