My playlist for MIRROR X, the first book in the Van Winkle Project Trilogy. I love all three of these songs.

At seventeen, put into a cryogenic tube and forgotten, Cassie was awakened one thousand years later in what appeared to be a more serene and peaceful future.This should have been a chance for a new life. But she was lied to, deceived, and manipulated. Told she could save the human race from extinction.

“The Policy of Truth” by Depeche Mode. The synthesizers in this classic 80s tune ring with a futuristic vibe while the lyrics exemplify the book’s theme.

Michael Bennett, a hot geneticist, is the only person she can trust. They’ve been forced to fight, to kill. They’ll do anything to keep the ones they love safe.

“I Won’t Break Down” by Tom Petty and the Heartbreakers. This is an anthem for having the integrity to stand up for one’s rights and one’s beliefs.

Cassie wants toend the government’s corruption. It’s her duty, her calling as the first mother of the new world she wants to create.

“Go To War” by Nothing More. The title says it all.

Pick up Mirror X by Karri Thompson for just 99¢! 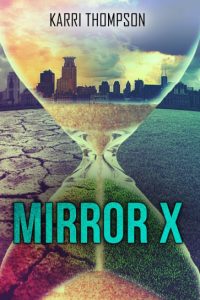 I was born more than a thousand years ago.

Put into a cryogenic tube at age seventeen, forgotten during a holocaust that decimated the world, I’ve finally been awakened to a more serene and peaceful future.

But things at the hospital are new and strange. And it’s starting to scare me.

The cute geneticist Michael Bennett might be the only good thing in this crazy new world where “life is precious” but no one seems free to live it. The problem is, I don’t think he’s being totally honest with me, either.

When I’m told only I can save the human race from extinction, it’s clear my freeze didn’t avoid a dreadful fate. It only delayed the horror… 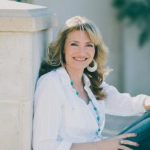 Growing up in San Diego, California, Karri Thompson spent much of her years at the beach, reading novels,tanning,and listening to hard rock. At SDSU, she majored in English with the goal of becoming an author. Once she became a wife, mother, and high-school English teacher, her dream came true, and all of the plots and characters in her head finally found a home. Victorian literature rocks her socks, and when she ‘s not writing, she’s reading Dickens. Karri Thompson also writes sexy, edge of your seat paranormals, under Kalli Lanford.

View From The Stage with Mary Hughes

The Beg Me To Slay tour kicks off today! Follow Lisa on her blog tour for fun interviews, guest post…