My favorite kind of hero is a former military guy with a sense of humor. Gets me every time, whether I’m reading, writing, or watching TV/movie with that kind of hero. I’m all in. And the more sarcastic he is the better.

These two are on again/off again, depending on the writers. You know how television is…they don’t like to see their main character too happy.

So, currently Steve and Catherine are off again. He has a new girlfriend, who is nice, but she’s not perfect for him. Not like Catherine.

Steve and Catherine are both Navy and share a military mindset.

He may be alpha, but he’s not dumb.

A tough man of action needs a strong woman, and Catherine can hold her own. It’s part of her charm. Something, I suspect Steve finds irresistible.

Above all though, they have killer chemistry. Probably why most of the Gif’s are of them kissing. ?

Too bad the writer’s pulled them apart. How dare they torture those poor characters?! Something I’d never do…okay, yeah, I so would…and do! But I’m hopeful that Steve and Catherine will still have a future.

It’s what keeps me watching, which is exactly what the show wants. I can dig it. ?

Beth, the heroine in Her Secret Army Ranger, digs a military guy, too. Only, she hadn’t realized Brick was military until after she started to fall for him. Which was bad. You see, her big brother spent most of his time on active duty trying to keep her away from military men. But one little dare from her friend sent Beth into a liplock with a handsome hunk who, unbeknownst to her, was her brother’s Army buddy. Let the fun begin! 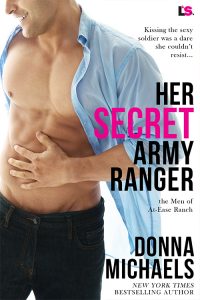 Kissing the sexy soldier was a dare she couldn’t resist…

Choosing dare had definitely been a bad idea. When her best friend dared her to kiss a cowboy, by-the-book event planner Beth Brannigan should have said no, especially when she saw who it was. Instead, she said please…again and again. But if he finds out she’s the sister of one of his military buddies, she can kiss him good-bye.

Former Army Ranger Brick Mitchum isn’t a relationship kind of guy. But when Beth kisses his socks off, he starts to wonder if she’s the exception and that maybe it’s time he settled down. She’s mysterious. Unpredictable. Curvy in every way he needs… And apparently the completely off-limits sister of a good friend. If her brother finds out she’s sleeping with Brick, he’ll kill him, but Brick is beginning to think she’s worth the risk.

Donna Michaels is an award winning, New York Times & USA Today bestselling author of Romaginative fiction. Her hot, humorous, and heartwarming stories include cowboys, men in uniform, and some sexy primal alphas who are equally matched by their heroines. With a husband recently retired from the military, a household of six, and several rescued cats, she never runs out of material, and looking for a quiet place to write is an adventure unto itself. 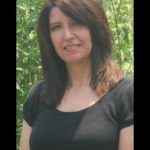 Hello everyone! I am Heather McCollum: mom of three, wife of one Highlander, ovarian cancer s…

With the launch of Entangled’s new Lovestruck imprint comes my newest book, MEETING HIS MATCH…

I grew up when the idea of superheroes having their own movies was almost impossible, …