Hello, everyone! I’m Diane Alberts, though I also write as Jen McLaughlin, and I thought it would be fun to stop by today and talk about things I ship. I ship so much I should literally BE a frigging ship. I kid you not. So…narrowing this down to one single ship is a lot harder than it should be, let me tell you.

Okay, so my number one ship, without further ado…is…

Claire and Jamie, from Outlander.

I mean, look at this kiss:

And we can’t forget this…

I mean, really. What is there NOT to ship about them?!

My latest book, Romancing the Bachelor, has a heroine named Shelby in is that is a little bit reluctant to trust and jump into a relationship, but even so, there is a couple she ships hardcore. And that couple is…

Lydia and Stiles, from Teen Wolf.

And the way he looks at her:

And how he never, EVER gives up on her, not even when he’s with someone else. 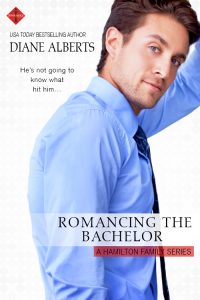 That’s kind of something I ship about my characters in Romancing the CEO, too. Despite the fact that they get off to a rocky start (She basically hates his guts) and they hit a few road bumps, in the end, there is nothing Eric wouldn’t do for Shelby…

Something he proves all too well in the end.

Eric Hamilton isn’t looking for love. Hell, he isn’t even looking for a girl. He has a five-year plan, and he’s one hundred percent focused on that. But then Shelby walks into his life, and suddenly, he can’t think about anything else. Unfortunately for him, she hates his guts, and wants nothing to do with him. But he’s a man who loves a challenge.

Shelby Jefferson can’t wait to get out of the city, and back to her country roots. She moved to Atlanta for a guy who promptly left her, and the last thing she wants is to fall for another man who might make her want to stay. But Eric is nothing if not persistent, and before long she’s inside his arms, in his bed, and falling for him. Hard. But when history repeats itself, she’s left having to choose between a man and herself…again. 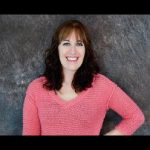 Diane Alberts is a multi-published, bestselling contemporary romance author with Entangled Publishing. She also writes New York Times and USA Today bestselling new adult books under the name Jen McLaughlin. She’s hit the Top 100 lists on Amazon and Barnes and Noble numerous times with numerous titles. Diane is represented by Louise Fury at The Bent Agency. Her goal is to write so many fantastic stories that even a non-romance reader will know her name. Diane has always been a dreamer with a vivid imagination, but it wasn’t until 2011 that she put her pen where her brain was, and became a published author. Since receiving her first contract offer, she has yet to stop writing. Though she lives in the mountains, she really wishes she was surrounded by a hot, sunny beach with crystal clear water. She lives in Northeast Pennsylvania with her four kids, a husband, a schnauzer mutt, and four cats.

Are Authors Eccentric? by Elizabeth Keysian

I was born in the nineteen-eighties which, according to some, makes me a Millennial. We get a…