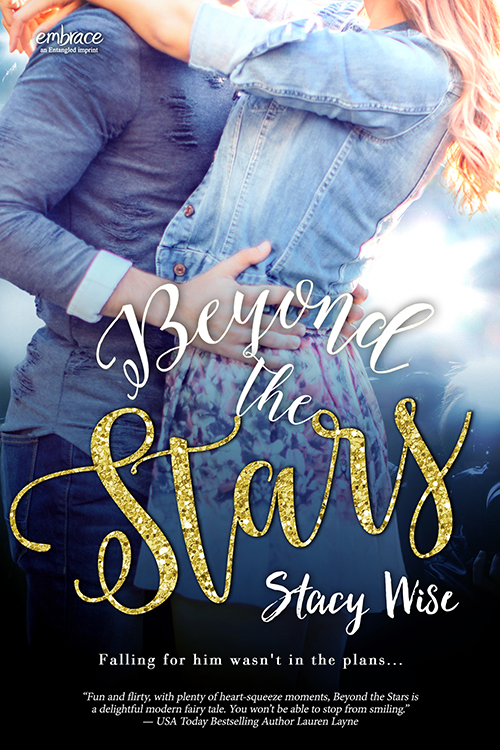 Have you ever wondered what it would be like to be cast in a reality TV show? Is it all glitz and glamour? Selected one day and off to the set the next? Well, Stacy Wise, author of Beyond the Stars, has a behind the scenes look at her experience with being on Below Deck Mediterranean. So please welcome Stacy Wise!

A luxury vacation to Greece wasn’t on the calendar for us. Not even close. A daytrip to Disneyland seemed extravagant at the moment, so something that required an airplane and a passport? Out of the question.

It was a Wednesday in September—the first day my four kids were back at school—and I was blissfully doing bicep curls at they gym. The beep of a text interrupted me.

I just turned down an invite to go on a mega-yacht through Greece. Bummer.

I laughed. Who did we know that had access to a yacht, let alone a mega-yacht? Is there such a a thing? Or was that my husband’s cute exaggeration? I set down my weights and typed out a response.

I was kidding, of course. (I mean, who says YOLO anymore?) Maybe it was the total freedom of being at the gym without a worry in the world. Because it was the FIRST DAY OF SCHOOL!

Really? Who will watch the kids?

My parents. Let’s do this! I was still joking, but I have to say, it was fun playing along. Only thing is, my husband took me seriously. (Apparently humor doesn’t translate via text.) He abruptly ended the texting and called me.

The trip was real.

Two of his friends’ wives were launching their new line of skin care products, and the cruise was part of their PR campaign. And it would be filmed. Like, as in a reality show—Below Deck Mediterranean. And we’d need to leave at the crack of dawn on Monday—a mere five days away.

“But they won’t even follow us. We’re not the interesting ones. We can be in the background the entire time.”

“Just call your parents! This could work!”

Turns out, my parents already had a trip planned for that very week. We discussed the idea of having each child stay at a different friend’s house, but with their busy after school schedules, it seemed impossible. We would have to say no after all. Maybe it was a relief. Because a reality show?

At school pick-up that day, I told my good friend about the trip. Our sons are best friends. She asked me to send my son’s schedule and suggested she might be able to help.

“Really?” I asked. My wheels started turning. Finding one child a possible place to stay so easily made me think finding a place for our other three kiddos might not be so difficult.

“No! I’ll watch them all. They should be together.”

If I hadn’t eaten that day, I would’ve passed out. She has three kids of her own.

Nonetheless, she insisted I send our schedule. Did I mention she’s an angel?

Later that night, she said she’d talked to her husband and kids, and they would love to help out.

Giddiness tackled me like an enthusiastic dog. But I had to be reasonable. I thanked her profusely and asked her to sleep on it. I didn’t want her to wake up the next day, frozen in terror at the realization of what she’d offered. Watching four extra kids isn’t like keeping an eye on the neighbor’s goldfish.

But the next morning, she was already making plans and creating menus. She was, dare I say, excited about it. The trip was a go!

My husband couldn’t find his passport. I dug through drawers and closets and emptied pockets to no avail. He had to get an emergency one.

The dogs needed a place to stay.

I bought and delivered groceries for the week. My kids promised to make their lunches and help unpack them every day. We had long talks about being kind and helpful.

One of our daughters hated the idea of us leaving. She doesn’t even like sleepovers, so having to stay at someone’s house besides Grandma and Grandpa’s for an ENTIRE WEEK had her stressed and angry. There were plenty of moments when I thought we should skip the whole thing.

But we pulled it off. 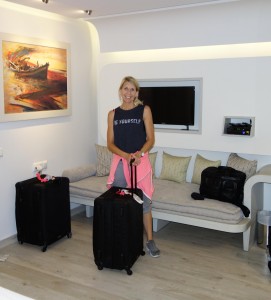 We arrived to the airport at five thirty a.m. on Monday. At the ticket counter, the clerk handed me my boarding pass with a smile. She turned to my husband. “What name is on the credit card you used to purchase your ticket?”

As if orchestrated, someone from the show called at that very moment, inquiring if we got our tickets okay. My husband asked what name was on the card, and she gave him one. He repeated it to the clerk. Her eyes narrowed as she shook her head.

Still on the phone with the PA, my husband blurted out another name to the clerk. “Sorry,” he said with a laugh. “A lot of people were working to get us these tickets.”

He offered to put the ticket on his own card. She reluctantly agreed. His card was declined. He used another, but it too, was declined. What was going on? I tried to use my card. Declined. This was a nightmare. Why were our cards shut down? The clerk asked us to step aside, glaring at us as though we were part of a credit scam ring. Were the producers behind this mess, secretly watching to see how we’d react? I scanned the area for someone with a video camera, but all I saw was a long line of tired, impatient people behind us.

The clock was ticking. If we didn’t get on the plane in fifteen minutes, it would leave without us. Finally, a supervisor who realized we weren’t trying to do something underhanded swooped in to help. She clicked furiously on her computer keyboard. Seconds later, all was well. 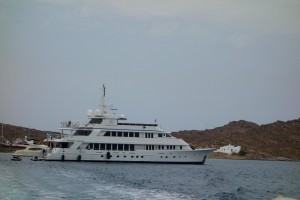 My husband’s name had been flagged since the ticket was purchased less than twenty-four hours ago. The supervisor blasted us across the airport. We flew through security and she escorted us to the gate with only seconds to spare.

As we sunk in to our seats, my husband turned to me. “I had to Google YOLO.”

I laughed. “You only live once.”

He kissed my forehead. “I think we’re officially YOLOing.”

And off we went.

Curious to see how things went on the show? Check out episode 1 and episode 2 which featured Stacy and her husband.


Also be sure to check out Beyond the Stars:

Most girls would kill for the opportunity to work for Jack McAlister, Hollywood’s hottest actor, but twenty-one-year-old Jessica Beckett is ready to kick him out of her red Ford Fiesta and never look back. She should be spending her junior year in France, eating pastries and sharpening her foreign language skills. Instead she’s reluctantly working as Jack’s personal assistant, thanks to her powerhouse talent agent aunt.

Jack is private, prickly, and downright condescending. Jessica pushes his buttons—she’s not the type of girl to swoon over celebrity heartthrobs, precisely why her aunt thought she’d be perfect for the job—and Jack pushes right back.

But as she begins to peel away his layers, Jessica is shocked to find she craves her boss’s easy smile and sexy blue eyes. The problem is, so does the entire female population. And what started out as the job from hell soon has Jess wondering if a guy like Jack could ever find love with a regular girl like her.

Posted in: Authors Speak Out, Embrace, FeaturedTagged: Below Deck Mediterranean, Beyond the Stars, Stacy Wife
Previous

If You Love Romantic Comedies Don't Miss This Sale!

Listen up, everyone! The archangel Wren has taken all the copies of Out in Blue and made a ru…

Here is Annie Seaton for a little Straight Talk!     When you are getting ready to start a…