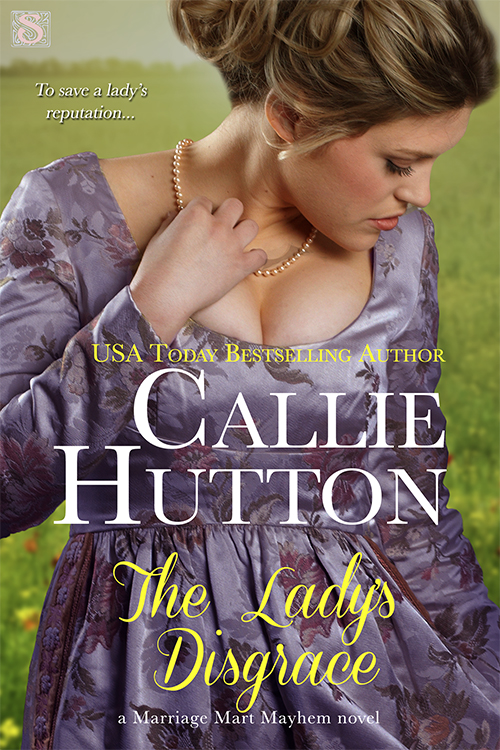 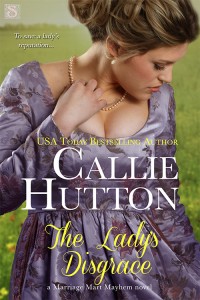 As I sit and write this, it is 8:25 PM the night before my 13th book releases. The Lady’s Disgrace is the third book in my Marriage Mart Mayhem series. Soooo, one would think after 12 other launches, one would be pretty calm and blase about the whole thing. If that’s what one thinks, one would be wrong. Very wrong.

I remember the night before my very first book, A Run For Love, released I had this horrible urge to climb into my closet, curl up in the corner and suck my thumb. I just knew the entire world would be pointing at me and laughing “did she really think she could write? How funny!”

Now I stay out of the closet, but I must admit that chocolate plays a big part in my pre-release evening activities. As does chips, soda pop and more chocolate. Yes, I will say it: I’m an emotional eater!!! There. Got that off my chest. Whew!

I love to tell stories. I spent a great deal of my childhood telling myself stories on long car trips, trying to fall asleep at night, or when one of my boring relatives had my ear and good manners prohibited me from telling them how truly boring they were. I made up stories when I traveled back and forth to work. For a while I had a job in New York City that required me to take a train every day. I saw the same people, and began to match them up in my head. This man was married to that woman, but was having an affair with this woman, whose mother — sitting alongside me — disapproved. And so it went.

Eventually, my imagination nudged me one day and said, “How about writing all this stuff down, put it into a book, and see if anyone is crazy enough to publish it for you?” What a major surprise when a publisher did offer to buy A Run For Love. That was after quite a few rejections, though. But I was on my way to telling stories that not only did people want to read, but they actually put down hard earned money to buy the right to do that.  Amazing.

So, now I send my 13th ‘baby’ out there for the world to see, enjoy, criticize, laugh over, cry over, or toss aside. Probably a little bit of it all. But number 14 will arrive in my inbox this week from my editor to start edits, and I’m almost finished writing number 15. Lots of stories to tell. Lots of chocolate to consume. Lots of closets to stay out of.

About The Lady’s Disgrace:

A lady is nothing without her reputation. Jilted and humiliated by her once-betrothed, Lady Abigail Lacey is the laughingstock of London. Worse still, the humiliation is now reflecting badly on her family. Her brother, the Duke of Manchester, is desperate… until he finds a way to rescue his sister’s damaged reputation, and remove her from the glare of disapproving society.

He must marry her off. Quickly.

When Rector Joseph Fox drops by the Lacey household, he certainly didn’t expect to leave as a man engaged to a long-time family friend! Yet while he never could have aspired to have her, Lady Abigail always ignited a forbidden longing in him. But Abigail has one condition – their marriage is to be void of passion or physical pleasures, once she becomes with child. Faced with a platonic marriage of convenience, Joseph is determined to embark on a sensuous adventure with only one goal: to seduce his new wife…

Join our authors for an afternoon of fun!

Check out the new trailer for The Last Awakening, by Rachel Firasek!   Entangled Staff See auth…

Providing a voice for the marginalized has always been important to me, but it’s only recently that …

So, a small confession. There is one tireless little cell that constitutes my brain. I…