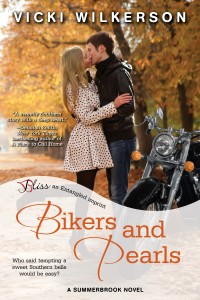 The mission: To become a writer. Chances of success? Nearly impossible.

I am not going to lie to you. The road to success for a writer is nearly an impossible assignment—should you accept the challenge. Sometimes it is a complicated maze fraught with literary hazards and bad actors, and one must negotiate her way through it like an undercover agent through enemy territory. Her only weapons—her pen and her computer. Such was the case for me. I had no choice in the matter. I had to be a writer. Thus, the training began.

Writing had been a passion and an addiction for me since childhood. Ever since my grandfather started telling me stories that moved and inspired me, I imagined telling tales of my own. Eventually, I would put them on paper. My early stories started out as narrative poems and short stories. Some of my work was published in various literary magazines and newspapers. Though it was great seeing my short works in print, I knew I had grander tales to tell, but I also knew that I needed to continue to hone my abilities through more training.

I have also always been in love with books and literature, so I pursued my bachelor’s and master’s degrees in English and education and decided to teach—to share my passion with the written word with students. In order to educate my students properly, I had to disassemble and analyze the literature I taught. Publically doing autopsies on classic literature and teaching literary devices made me a better writer and further solidified my love of the written word. Though I loved teaching, that “assignment” that I had accepted long ago still haunted me, so I set a date to retire from teaching to pursue my career in writing.

In the meantime, I started my first full-length manuscript, GARDENIA PLANTATION, a Southern Gothic women’s fiction novel, an epic story about the life of a Southern woman and her family who experience the threats encountered in a modern society and the necessity to change, adapt and survive through tragedy and storms. I needed to see if I could actually write a book. I had heard so many stories about writers embarking upon story after story, only to abandon them all because they didn’t know how to actually tell a story, or they didn’t have the wherewithal to complete one. Why should I put in the time pursuing a writing career if I couldn’t even finish a book, right? Well, I wrote “The End” on the novel, and I was proud of what I’d created. It was time to man up and take the plunge. It was time for the next big step—submission.

I did a little research and found a regional publisher who specialized in Southern literature, so I submitted GARDENIA PLANTATION. And you know what. They wanted it! OMG! They wanted it! The first time I’d submitted a manuscript, it was accepted!

The mission seemed to be going swimmingly, right? N.O.T.! This is where the operation hit some glitches. Shortly after I’d begun edits, I was informed that the writers who’d founded the publishing company each had multiple projects and wanted to publish the books they’d written first. It would be years before GARDENIA PLANTATION would see the light of day if I stayed with them. Okay. Well, I’d just put GARDENIA on the back burner and would head in a different direction. I wrote several lighter books—romantic comedies of a sort.

It was time to look for an agent, and I found one rather quickly. After a short period of time, he sold two of the romances I’d finished. Success seemed within grasp again, right? Wrong. Thank goodness I had a great agent who’d heard trade rumblings about the financial difficulties my new publisher was having, so he asked for and received my (and his other authors’) rights back. Thank goodness!

Now we’re talking several years into my pursuit of publication, and though there was much interest in my projects, I still didn’t have any full-length novels published.

But you know what? All that was simply details because eventually, I cracked the code and got a multi-book contract with a wonderful publisher. And then I realized something. Way before I saw my first book in print, I’d already felt successful. Even though the operation was complicated and ongoing and no awards had been won, I felt successful. I’d successfully written four novels (at that point). I’d successfully attracted an agent. I’d successfully had my manuscripts requested to sign several times. The details that kept me from being published for a while did not detract from my feeling successful.

Success for some may be making the New York Times Bestseller’s List, for some it may be earning a huge advance from a major brick and mortar publisher, or their success may be measured by the great big beach house they were able to buy with their egregiously large royalty checks. For me, however, success was measured differently. My goal and “assignment” was to become a writer.

I am a writer. Mission accomplished.

Get Bikers and Pearls and experience Bliss

0 Replies on Behind the Book with Bliss Author Vicki Wilkerson

The humble cucumber sandwich. It’s what we all think of when someone mentions afternoon tea. With on…