Getting published was a long, hard road, not going to lie. I’d almost decided to give up. Between grad school, having two small kids and a husband who was always gone on business, and working full time doing data entry (thankfully from home) for one of my brother’s companies, I hadn’t slept in years and I was at the end of my rope. Trying to get published was just something that didn’t seem like it was going to happen.

And then I heard about Entangled, this new publisher everyone was talking about. And thought, “Well, why not. I’ll give it one more shot.” My first novel, To Trust a Thief…well let’s just say it took a lot of years, a lot of rejections, and a lot of perseverance before that wonderful moment when my awesome editor called me and said, “I want it!” 🙂 One of the best moments of my life. 🙂 And Entangled has since given me the opportunity to write several more books, an absolute dream come true.

The last book in my Blood Blade Sisters series is releasing this month and I’m often asked how I came up with the idea for these books.

One of the things I love about writing historicals is that I get to immerse myself in some long ago setting for a short time. Some of my favorite settings include Regency and Victorian England, medieval Europe, and Ancient Egypt. But when it came time to start a new book, I really wanted to write a story set someplace new, someplace I didn’t often read or write.

A friend jokingly suggested I write a western. I laughed at first. And then became intrigued.

When I think of westerns, the first thing that comes to mind is the dry and dusty ranch in the middle of nowhere, full of cattle skulls and cacti and tumbleweeds. And then one day my husband was watching one of his favorite movies, Paint Your Wagon. I love that movie. And one of the things I loved about it is the setting (a Gold Rush mining camp in California).

I actually grew up in California, not far from many of the Gold Rush sites, like Sutter’s Creek (the picture is of me around 15 years old at Sutter’s Creek – it’s sort of a shame it’s not zoomed in a bit more so you can really appreciate the height of my bangs 😀 ). 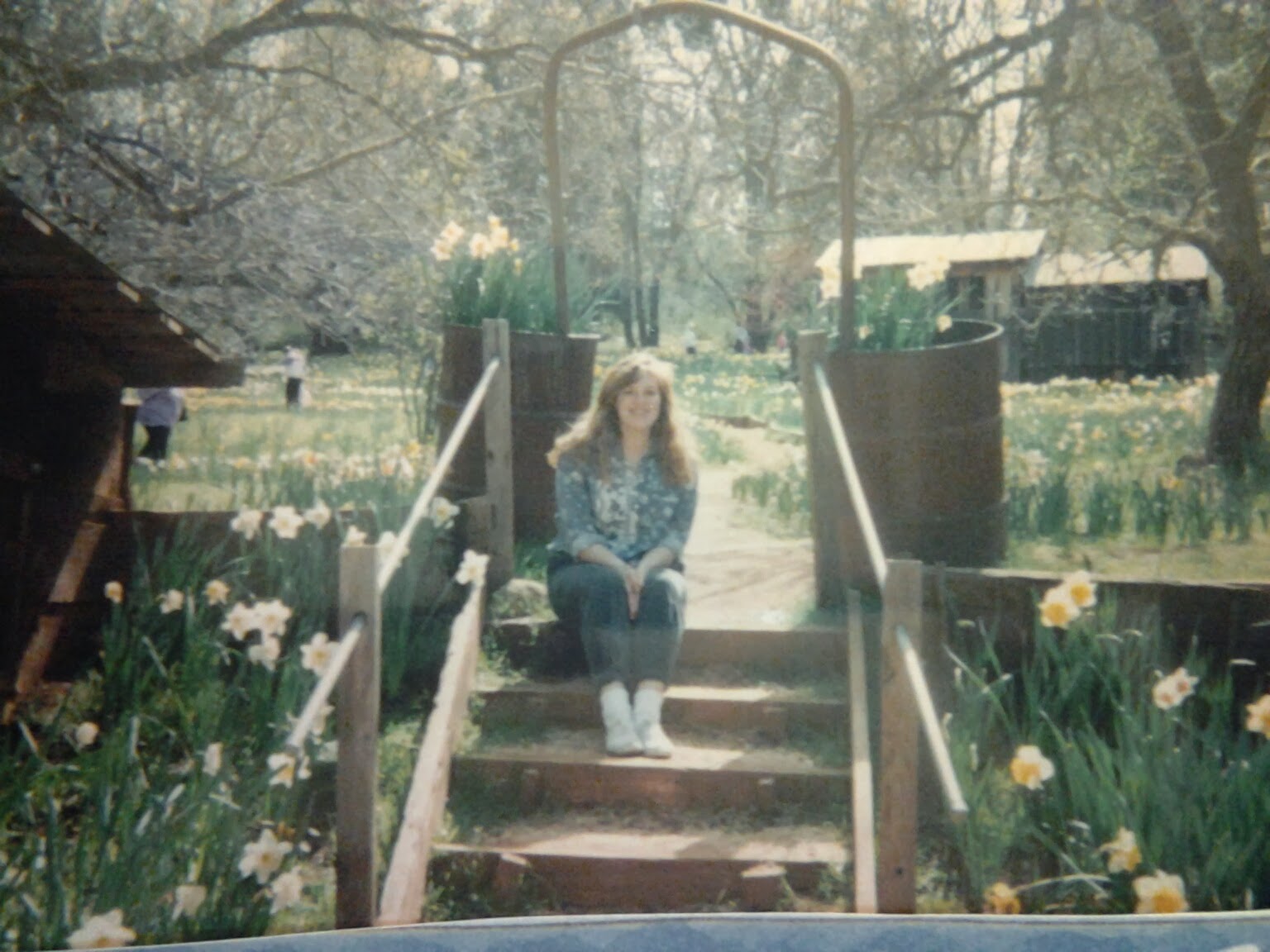 There are a lot of really beautiful ranches and farms in California. A lot of tiny, isolated little towns. Towns where some amazing history took place. The more I thought of the idea, the more I loved it.

At the time, I’d also been toying with writing a retelling of Robin Hood, a favorite tale of mine. But I didn’t want it set in the typical English forest. And I wanted to really twist the characters as much as I could. Well, you take a western setting, combine it with a twisted version of Robin Hood where the lead bandit is a feisty female, give her an evil sheriff to fight, and a city-bred cowboy with abs of steel and a heart of gold, and this was one very fun book to write 😉

Book 2 follows the oldest sister Brynne to Boston. This was one of those instances where I’ve never been to the location, but it’s one I’ve always wanted to visit. This makes researching one of my favorite parts of the job. I really get to indulge that love and just devour any and all information I can get on the time period and setting. Brynne is a bit of a fish out of water in this story. It was interesting to take a broken-hearted bandit and drop her into elite Boston society and watch what happened.

And book 3 follows the youngest sister Lucy into the South, a place where I did actually live for several years. I love the south. It’s a bit of a different world down there in some ways 🙂 I wanted a location that was as different from the wilds of California and the culture parlors of Boston (while still being in the same country) as I could get. The South was a natural choice. Being myself a Californian who moved to the South, I know firsthand the culture shock one might experience, and it was interesting to imagine the things Lucy might experience there, especially right after the Civil War.

I’ve had an amazing ride with Entangled so far. In addition to To Trust a Thief and the Blood Blade Sisters series, I have an Ever After, Wish Upon a Star, out and another Scandalous releasing in the summer. I’m looking forward to hopefully many more journeys with them. 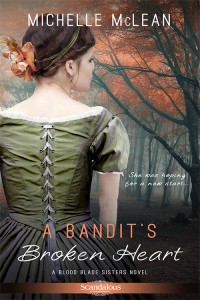 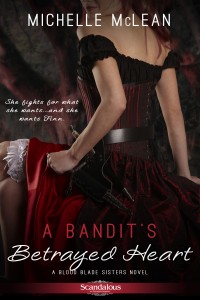 2 Replies on Behind the Book with Michelle McLean

I put a lot of myself into my books, more than I usually admit. Oh, sure, most of the food is stuff …