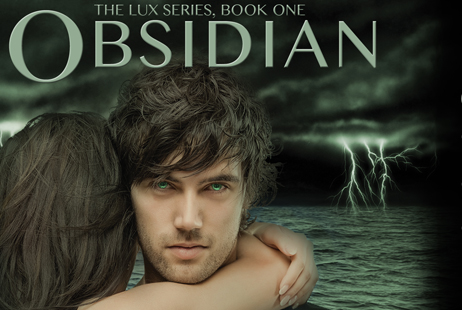 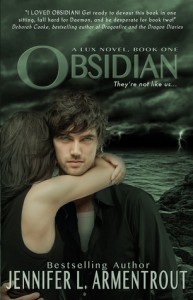 Obsidian by New York Times bestselling author, Jennifer L. Armentrout, has been optioned for a movie by Sierra Affinity, the same people who will be bringing Ender’s Game to the big screen this fall. Obsidian is the first in the five title bestselling “Lux” series.

Sierra Affinity will finance and produce the film adaptation of Obsidian, about a 17-year-old girl who discovers that her neighbor is anything but the normal guy next door.

The Hollywood Reporter broke the story, but even big names like MTV Hollywood Crush and Yahoo! Movies are following suit.

Do you think Obsidian could give Twilight a run for its money? Who would you dream cast as Katy and Daemon?

Come find out what the buzz is all about and read this fantastic series today!

When seventeen-year-old Katy Swartz moved to West Virginia right before her senior year, she’d pretty much resigned herself to thick accents, dodgy internet access, and a whole lot of boring, but then she spotted her hot neighbor, with his looming height and eerie green eyes. Things were looking up…until he opened his mouth. Daemon Black is infuriating. Arrogant. Stab-worthy. It’s hate at first sight, but when a stranger attacks her and Daemon literally freezes time with a wave of his hand, well, something…unexpected happens. The hot guy next door? Well, he’s an alien. Turns out that Daemon and his sister have a galaxy of enemies wanting to steal their abilities and Katy is caught in the crosshairs. Daemon’s touch has lit her up like the Vegas Strip and the only way she’s getting out of this alive is by sticking close to him until her alien mojo fades. That is if she doesn’t kill him first.

It's a Party - Brazen Style!

0 Replies on ‘Obsidian’ by Jennifer L. Armentrout has been optioned for a movie by Sierra Affinity

Hello everyone! Glad you stopped in. I thought that for today’s post, it would be fun to post a reci…