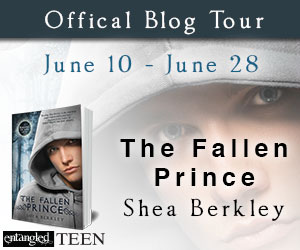 The Fallen Prince, book two in The Keepers of Life series is out now from Entangled Teen! Follow the blog tour for some exclusive excerpts and to find out what others have to say about the book!

June 19 – My Library in the Making

June 27 – Notes From a Romantics Heart 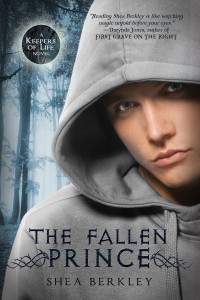 Dylan finally feels like he has it all. He’s back home in the human realm with his beautiful girlfriend, loving grandparents, and some crazy powers over the elements. But Dylan’s temper is climbing out of control, and along with the bursts of rage come new powers he wasn’t expecting.

Kera has these new powers, too. She’s seen them before and knows what they can do if kept unchecked…and it’s not pretty. Plus, going back to her home realm, Teag, would hasten the process. Kera is determined to keep her one true love, Dylan, safe on Earth, but when the barrier between the human realm and Teag weakens, allowing monster-like creatures to pass over, Kera becomes desperate to protect her home.

When Kera is kidnapped and imprisoned in a corner of her world that no one has ever escaped from alive, can Dylan overcome his unbridled powers—and himself—to save her?

Entangled Publishing does its own thing, and when readers tell us over and over again that they abso…

Follow the Holiday Blog tour and get to know Faye Robertson and Ros Clarke.  Their novellas, Holly&#…

My favorite Christmas memory is the year we surprised my mum! My twin sister Leigh lived in England …