Welcome to A Taste of Trouble Week!  Join us as we celebrate Gina Gordon’s latest release.  Be sure to follow Entangled Edge on Facebook and Twitter to read new excerpts from A Taste of Trouble and also to answer trivia questions.  The answers can be found in Gina’s book as well as from her blog tour stops thus far.

At the end of the week two winners, one from Gina’s Street Team and one randomly selected commenter who answered a trivia question, will win $10 Amazon gift cards.  Not a member of Gina’s street team yet? You can sign up here. 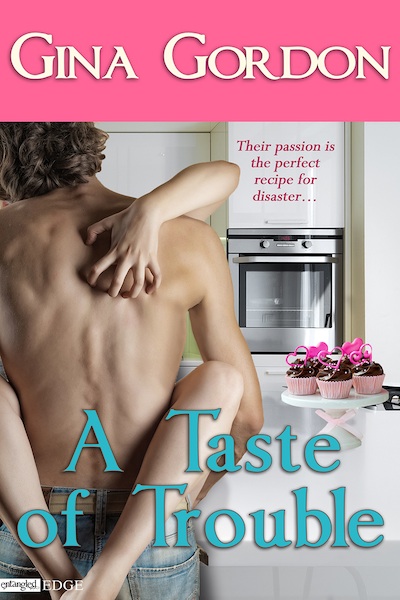 Posted in: Edge, Meet the BooksTagged: a taste of trouble, Gina Gordon
Previous

When I first decided to put fingertips to keyboard and try this writing a novel thing, I’d recently …

Hey everyone! We have some exciting news! Under the Moon by Natalie Damschroder is being re-r…

A big thank you to Fresh Fiction and Good Morning Texas for the great Obsidian shout out!  Watch the…