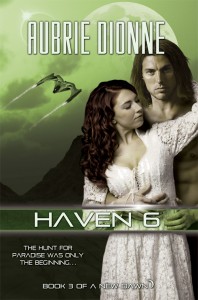 I have a very long drive to one of my jobs – a lot of time to think with no ability to write anything down. Or, at least I really shouldn’t on the highway!

During this pre-novel phase, I think about the various storylines, character arcs, story arc, and settings in my head for about a month. I let it simmer, then start to write it down. I have a good idea of the beginning, middle and end, but I don’t let myself get too caught up in my plan. If a character decides to go a different way, that’s okay with me. I still want the story to flow organically.

I don’t do much to celebrate. Usually I’m so excited to start the next one, I start researching right away. I’ll celebrate when one of my books makes a top-seller list.

Hmmmmm….maybe Mr. Rochester from Jane Eyre. Or Mr. Darcy from Pride and Prejudice. No wait! I’ve got an even better one: Legolas from Lord of the Rings. Now I’m talking!  I’d go to Rivendell and drink whatever elf drink they have there. He could teach me how to shoot a bow.  I’m having way too much fun with this question. Moving on…

I’m actually a professional flutist by day. I teach flute at a community music school and a university, and I play recitals and orchestra gigs. I even play at people’s weddings. I’ve played Pachelbel’s canon hundreds of times. I can play it in my sleep! Please don’t ask me to play it now.

I’d just finished watching Pandorum – a really scary, nasty sci fi movie where they have to wake up in shifts to get to their colony planet. I thought – what if they didn’t have cryo freezing at all? Would people just live their lives on the ships? Then: Boy, that would suck. Paradise 21 was born!

I make a list of ten possible titles, and the best one usually shines. So, not so bad!

Write every day. Write lots of books. Then, write some more. It took me four books to get an agent, and I’m still counting how many books it will take to get on a bestseller list. Plus, every book I write I get better. Writing is like practicing an instrument.

Okay, the bad ones first: Cashier and bagger at Shop N Save- hated that one. Sales clerk at Fashion Bug – the discount was sweet. UNH Survey Center – basically telemarketing – hated that one, too. I actually changed my name to Anne so people wouldn’t find me later and beat me up.

What authors have influenced your book?

I used to be more of a pantser, now I’m a plotter.

At night is the best time for me when everything is quiet and I don’t have work over my head. Sometimes I write pretty well in the early morning as well. Sometimes, when I’m really bored in a flute lesson when my student hasn’t practiced, I’ll dream up stories in my head. Note to parents: make sure your kids practice their instruments or they torture their instructors and get nothing done.

Ummm….no free time. Well, that’s not true. I do spend a lot of time with my family, especially my sister and my two year old nephew. He says my name like “Awww-B”. So cute! He likes trucks, motorcycles, and putting his arms in my fish tank. Poor fish.

Print books….just because I stare at a screen all day.

Oh a bunch of things! I just finished a contemporary romance – my first one – about a flutist who’s in love with the conductor of her orchestra. I’ve submitted the proposal to the Bliss line and am waiting to hear back. I also am writing a fantasy romance – a love triangle between a princess, a bard, and a warrior. I’m currently researching the Loch Ness monster for another contemporary romance between two scientists: a believer and a non believer. So yeah, I always have a few things in the oven!

Note: The aforementioned contemporary romance will be releasing from Bliss 🙂

Aubrie Dionne is an author and flutist in New England. Her writings have appeared in Mindflights, Niteblade, Silver Blade, Emerald Tales, Hazard Cat, Moon Drenched Fables, A Fly in Amber, and Aurora Wolf. Her books are published by Entangled Publishing, Lyrical Press, and Gypsy Shadow Publishing. She recently signed her YA sci fi novel with Inkspell Publishing titled: Colonization: Paradise Reclaimed, which will release in October 2012. When she’s not writing, Aubrie teaches flute and plays in orchestras. She’s a big Star Trek TNG fan, as well as Star Wars and Serenity.

A product of an illegal pairing, Eridani is the only woman without a lifemate aboard the colonization ship, the Heritage, and she is determined her less than perfect DNA will not get in the way of finding love. As the ship nears it’s final destination of Haven 6 after five hundred years of travel, images of the surface show evidence of intelligent life on a planet that’s supposed to be uninhabited. Commander Grier assigns Eri to the exploratory team to spy on the alien society and return with information on how to defeat them.

When Eri’s team lands, tribes of humans attack and Eri is saved by Striver, the descendant of a colonist and a pirate from Old Earth’s colonization efforts in other parts of the galaxy. Striver helps Eri rescue her team and they are drawn to each other despite their different allegiances. While Striver battles with trusting Eri, Eri must decide whether to warn him and his people about the commander’s intentions, or follow orders and complete her mission. 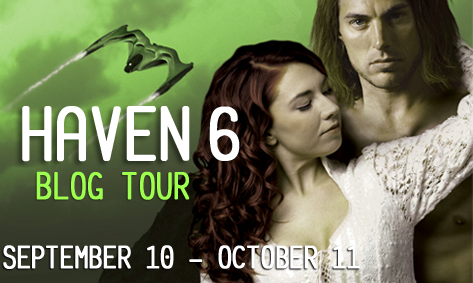 by Kerri Carpenter Hi, everyone! I have a new book out with Entangled’s Lovestruck line called Tempt…