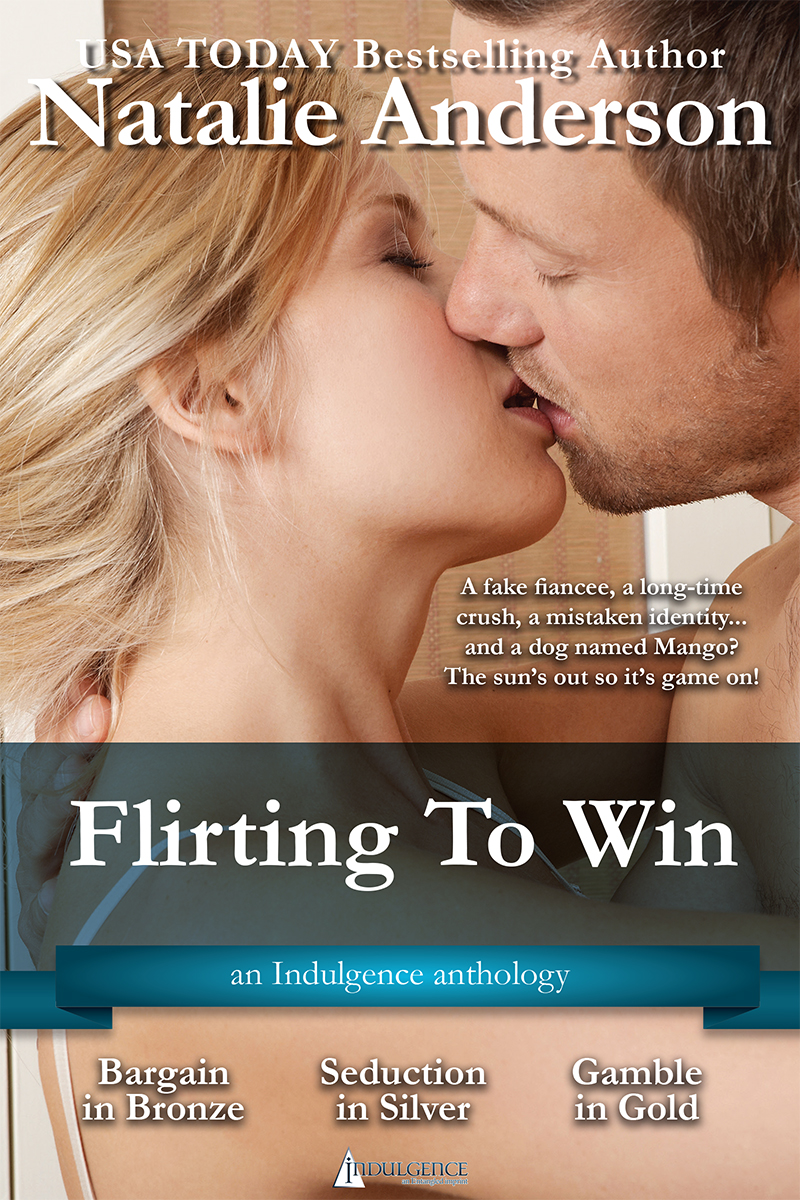 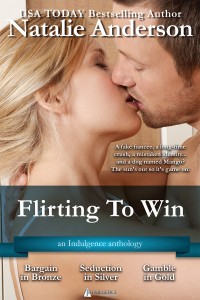 The blog tour for Flirting to Win by Natalie Anderson has officially kicked off!  Natalie will be visiting blogs with interviews, guest posts, and giveaways.  Each tour stop will be giving away an eBook copy of the anthology!

Friday, October 5th – From Me to You

If you can’t take the heat… 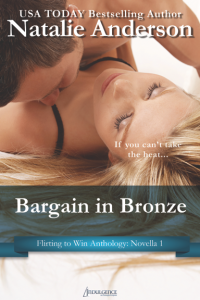 Entrepreneur Libby Harris’s specialty is making her famous muesli. So when an Olympic hopeful invites her to his flat to make her delicious cereal, she’s bewildered when his brother Jack walks in, accusing her of trying to ruin his brother’s career. Libby has every intention of staying single, but with Jack around, no way can she suppress the personal pleasure she’s long denied herself.

Investment banker extraordinaire Jack Barnes’s attraction to Libby is instantaneous, but he’s raised his two siblings after their parents died in an accident, and it’s been all work and no play for as long as he can remember. He can’t let down his guard now—not when his brother is so close to the gold. But keeping Libby busy and out of his brother’s life challenges every ounce of his self-control.

Neither wants a relationship, and though they can’t deny their incredible chemistry, Libby and Jack agree that what they have is temporary. So when things start to sizzle between them, will they be able to take the heat?

For two weeks Nina Breslin had passed an enticing stranger when catching the Baker Street Tube to go to work. So utterly sexy, and enticingly foreign, she figures he’s eons out of her league—until the day he makes an outrageous proposal.

Dr. Eduardo Ruiz needs a break from the heart-breaking reality of his job. So when he finally introduces himself to the vivacious woman he’s been admiring, he quickly realizes they could help each other with their sticky situations…and have great fun in the process.

They agree to an outrageous plan. For one night only, she’ll masquerade as his girlfriend to appease his overzealous family members, and he’ll accompany her to meet with her ex-fiancé’s friends, pretending to be her attentive lover. Can they play by their own rules, or will they succumb to the pull of seduction?

The one that got away…

Seven years have passed since shy Lexie Peterson had her heart trampled by her teenage crush. When she comes face to face with him in London, she vows to stay strong against his charms. But there’s something about the man who has always made the impossible seem possible.

When Luke Marchetti walks into his flat to find Lexie in a negligee, all he can think of is having a little flirt and fling. But sweet, caring Lexie is all grown up now, and her determination to keep him at a distance makes him realize she deserves more than he can offer.

One kiss when they were younger ignited a passion that lasted seven long years. But is it enough to entice the two to take a gamble on love?

Find Your Bliss and Win!

You have to start the day with a good breakfast. Sometimes two.     &…

Today we have the pleasure of  meeting Catherine Kean, one of the editors on the Entangled team. Tak…