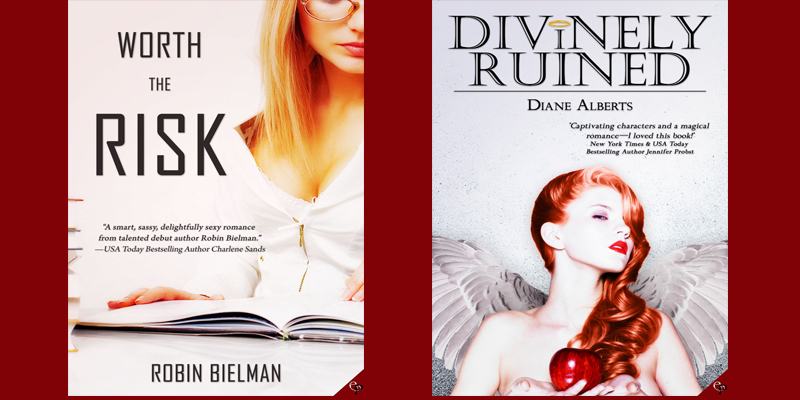 Have you found your happily Ever After this month?  Be sure to check out these sexy novellas from our Ever After line!

Their love was ancient history…until their paths crossed again.

Samantha Bennett put Dean Malloy out of her mind five years ago, when he broke her heart after a summer fling. But now he’s back in her life, and ready to steal a heritage protection contract that could make or break her career–if he doesn’t steal her heart first. Samantha’s vowed to hate him, but it’s more than anger heating the competition between them.

With sparks flying across the conference table and sizzling in every touch, Dean proposes a weekend liaison. Anything to have Sam again; anything to get her out of his system. But the unresolved feelings between them complicate both their personal and professional lives, and one wild weekend could turn into a disaster that would destroy the one job that means more to Samantha than anything. For a shot at love…is it worth the risk?

Rebecca’s life sucked before she became an angel. Crappy apartment, awful jobs, abusive boyfriends–it was no wonder she jumped at the chance to escape it all and become a real live angel. The problem is Rebecca’s not very angelic, and she’ll have to do more to earn her wings than end her love affair with the word f—er, frick.

Especially when she’s assigned to save single father Tony Weis, whose less-than-pure thoughts wreak hell on a telepathic angel’s nerves. It’s all Rebecca can do to keep her hands off him…but when she loses her memory injuring herself to save Tony’s daughter, now it’s Tony’s turn to be her angel and care for her. But will Tony’s devotion tempt her from her angelic path, even if it means being human again?

Posted in: Ever After, Featured, Meet the BooksTagged: Diane Alberts, ever after, Robin Bielman
Previous

1 Reply on Find your happily Ever After

Calling all historical romance readers who love a good man in a kilt! You don’t want to…

The Practice Proposal by Tracy March Liza Sutherland isn’t looking for love. Not from a chari…