In a little over a week, quite a few of our Entangled authors, publicists, and editors will be hitting the highway and heading for Chicago and the RT Booklovers Convention.  Entangled Publishing is hosting a Candy and Spoons party on Saturday evening.  Decks of cards featuring some of our hot book covers, candy, author led Spoons tables = BIG FUN!  If you’re heading to Chicago, be sure to stop by!

Leading up to the convention, we’ll be featuring some of the authors who’ll be attending and whose books will be there either to purchase or as giveaways.

Katee Robert and The High Priestess!  Queen of Swords will be featured at RT, but whet your appetite with this fantastic novella. 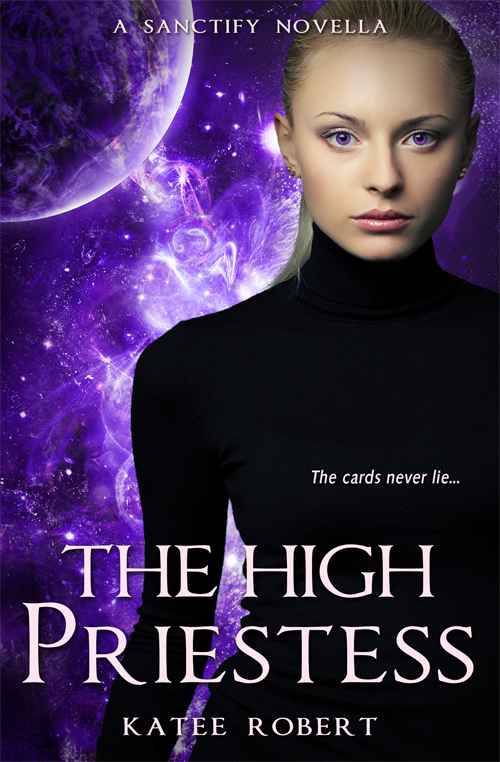 About The High Priestess

Marianna Zain is in trouble. The handsome stranger she just kissed? He’s a member of the most terrifying hate-group in the universe. Even after he takes her captive, Marianna can’t shake her initial instincts that he’s a man of worth…and her only chance at escaping death.

One of Sanctify’s most decorated lieutenants, Gerald Leoni thought he had everything figured out. But then he crosses paths with a Diviner, the most despised of the alien races, and is honor-bound to bring her in. One night with Marianna makes him question everything he knows.

As the day of her scheduled execution draws near, Marianna forms a plan. She’s going to seduce Gerald—a task that would be simpler if she weren’t being seduced as well. But Sanctify doesn’t take kindly to their people cavorting with aliens, and instead of finding a savior, Marianna may be dragging Gerald to his death alongside her…

Check out The High Priestess, a $2.99 Novella from Entangled.  Enjoy!

The Huffington Post has spoken...Gravity is one of the next big dystopians

I love to travel and this April I got a chance to visit one of those Bucket List spots: Alask…

Stacy Wise, author of Beyond the Stars, is back with another behind the scenes look at her experienc…

The Baltimore Book Festival features hundreds of appearances by local, celebrity and n…