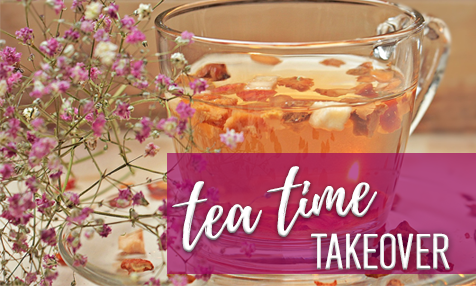 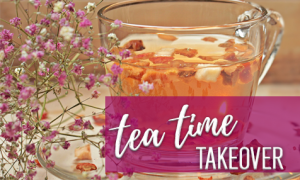 If you know anything about me at all, you’ll know I LOVE history. So it should come as no surprise that, when asked to think about tea-time, I decided to delve into my history books.

When tea was first imported into England in the 17th century, it was ridiculously expensive, and thus the preserve of the very rich. As the price came down, the drink became available in coffee-houses, which were akin to exclusive clubs, admitting only gentlemen. However, in the 18th century, tea was more easily available to purchase and could be drunk at home, which meant women finally got a look in. Wealthier ladies could entertain their friends in a small room called a “closet”, where they would enjoy a dish of tea together. I just love the idea of these ladies huddling together in a tiny room, sharing a bit of gossip and wickedly indulging themselves by drinking tea!

Tea merchants of the 17th and 18th centuries made sure potential buyers knew all about the health-giving properties of tea. Below is a list of claims made for its medicinal use. Not all of them are genuine…I wonder if you can spot the ones that aren’t?

Tea will preserve your health right into old age.

Tea improves your love-life (as an aphrodisiac).

So, those are the claims. I would love to know if anyone has any proof that tea is such a cure-all. I have to be honest—I’ve never yet heard a centenarian attributing their longevity to excessive tea-drinking! 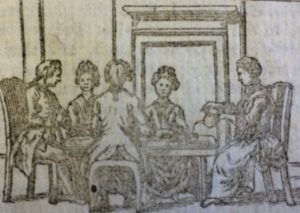 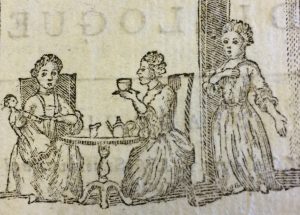 Be sure to check out Elizabeth’s newest release 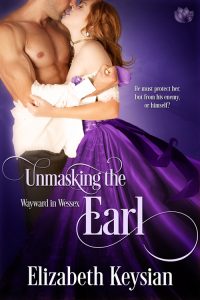 Devastated by the disappearance of his sister, the Earl of Stranraer has gone to extraordinary lengths to find the notorious rake responsible, and enters his household incognito to wreak his vengeance. But his enemy has an unexpected protector—the innocent but headstrong Miss Cassandra Blythe.

Cassie is determined to learn the art of seduction. But she is blindsided by her body’s thrilling response to the wrong man—a mysterious servant who shows up at the most inauspicious moments to spoil her lessons in love with warnings of her imminent ruin. When she learns the handsome servant’s identity and the reason for his deception, she resolves to help Stranraer, but only if he abandons his vow to destroy his enemy.

The earl is sorely tempted give the meddlesome beauty a lesson in seduction she’ll never forget. But she turns the tables, and he gets his own lesson in forgiveness…and love. 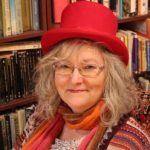 Seven dares. Seven days. And the road trip of a lifetime. Adventure awaits around every corner in Se…