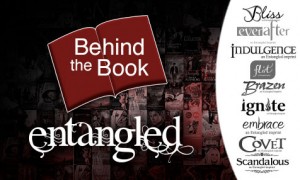 And Then it Happened: My Dream Came True.

I always wanted to be a writer, from the time I first realized there were people called “authors” who actually wrote the stories I loved to have read to me. I devoured The Bobbsey Twins, read all the Trixie Beldens I could find, and even The Hardy Boys when I got so desperate for something to read that I raided my brother’s bookshelf. I knew I wanted to write similar stories when I grew up—books about girls with guts, boys with charm.

In second grade, my teacher showed the class a box of index cards, each with a story starter that went something like this: “One day I was walking along and something shiny caught my eye. It was a ring! Little did I know…” She kept that box in the back of the classroom, and told us we could use it when we finished our work. I made sure to finish my work early, so I could start on those cards. I wrote several stories based on the story starters, and my teacher, Mrs Benton, “published” them in purple mimeograph. She gave a copy to my parents and to the principal. My first print run totaled two, and sadly, those copies are no longer available, not even on Amazon.

I continued to tell myself stories, late at night when I couldn’t sleep—I was very afraid of the dark, and my stories made the dark seem less frightening. Even then, they always had a happy ending.

Flash forward many years. I was a practical sort, and I knew I needed a college major that would steer me toward a job. By then, I’d convinced myself I didn’t have what it took to be a Real Writer, so I majored in Business Administration and Pre-Law. While my writing assignments all got As, and my professors held up my writing as examples to the class, I still didn’t think I had the writing chops to write fiction.

But those stories never left my head.

I married an Air Force officer, and figured out pretty soon a career in high finance wasn’t practical, either. Still, I was afraid to approach writing fiction: what if I failed?

I came at it in the dark: I wrote when my youngest daughter left for school, only writing when no one was near. I literally wrote in a closet, a small room with a desk and a sofa, convenient for dreaming. I wrote garbage—a dozen or so unfinished novels, with prose so dreadful it terrified me.

See? I was right, I told myself. I didn’t have what it takes to be a Published Author. 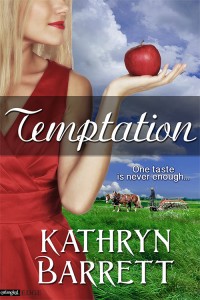 I stopped writing, and then started again when the longing got too much, the stories in my head too loud.

Eventually, I realized that I was getting better—little by little, chapter by chapter, my prose sounded more and more like a “real” book.

And then I found the guts to send my chapters to a critique partner, whose encouragement made all the difference. I finished that book, then finished another, and another. I found the courage, from the same place I found the courage to not cry out during those dark, scary nights, and sent my manuscript to agents, to editors. I got rejections, and swallowed my fear and my pride and sent more manuscripts out, until finally an agent called and wanted to represent me. I kept on writing, moved overseas, left my agent, got enough rejections to wallpaper a good-sized bedroom, and most importantly, got more critiques from writers who knew what I was doing wrong.

One of my RWA critique partners got a contract with a new publisher called Entangled. At the time, new publishers were popping up everywhere, many of them with amateur websites and cheesy book covers. I didn’t want to be published by a publisher with 1990s HTML and cheap stock art covers, but when I checked out Entangled, I was impressed with what I saw. I submitted my latest completed novel, Temptation, to Liz Pelletier. It was almost six months later I got The Call, which actually was an email.

There it was, my dream coming true, right there on the screen of my iPad.

When I was twelve, imagining my life as a Famous Published Author (I was also going to have six adopted kids and a really hot boyfriend) I never imagined I’d read the news on a little device I could hold in my hand. I never imagined I’d hold editorial calls with my editor via a computer monitor. I never imagined my book would be tucked inside a digital device called a “Kindle” or a “Nook”. So my dream took a few twists and turns along the way. (I even married the hot boyfriend!)

Still, there’s no better ending than a dream coming true.

Are you ready to Take a Chance with Flaunt?

3 Replies on Behind the Book with Kathryn Barrett

A lot of authors start their personal story with “I’ve always dreamed of being a writer.” Not me. I’…

I wrote my first book when I was in 6th grade.  My elementary school “published” it for me in hardco…